Minashi Jinja is ichinomiya of Hida no Kuni. It has a close relationship with its sacred mountain, Kuraiyama. We show only a few photos from our visit to Minashi Jinja. We had barely arrived and had not even made our way to offer a prayer when a thunderstorm burst forth. Stunned, we noticed a priest in a white garment waving to us from the shrine office. We took shelter and talked with him. He was a young middle-ager and we ventured to ask about ancient secrets hidden in shrines. He admitted that he would like to know if there are any. After purchasing some amulets and collecting the spring water he suggested to us, we bid him goodbye for it had stopped raining. Before we left, he said that the rain was the way of the kami showing us their pleasure that we visited. It seemed a lovely sentiment and we were very grateful. 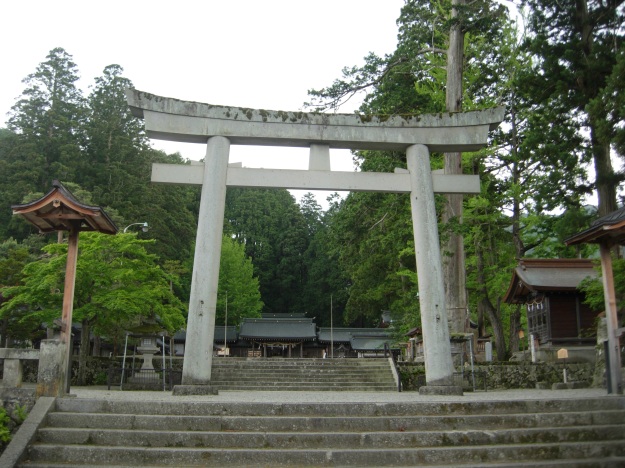 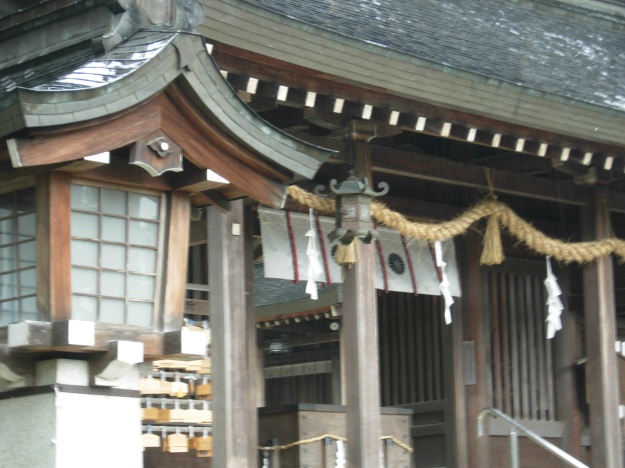 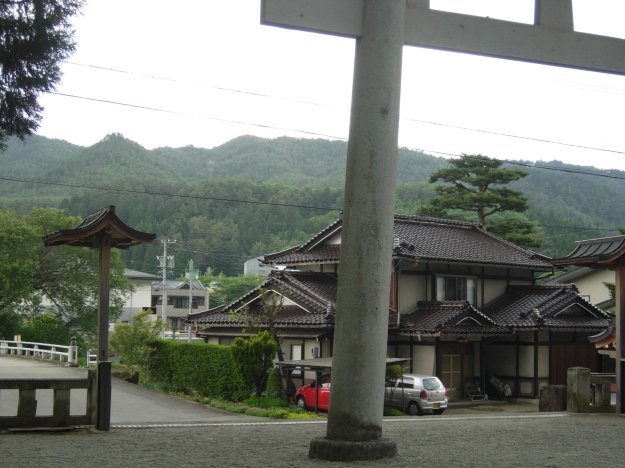 This map is from Roots of Nihon. See our two posts. At the top is Awayama. At the bottom is Kuraiyama and to the left of its peak is shown Minashi Jinja. Note Hida-gawa flowing to the right.

Minashi Jinja is so named – ‘no-water shrine’ – because it is bunsei, a place where a river divides into two. It implies that the land is central and at a high enough elevation that rivers flow away from it.